In the Spring of 1980 I was taking my first tentative steps in a career in the film industry. I had finally flown the coop, so to speak, left my childhood home in rural Kildare, to take my chances in London. I was twenty years old, and as much as I did miss home, life was exciting and bursting with opportunity. In truth gardens were the last thing on my mind!

Then, around the end of May I received a phone call from my formidable Mother asking me to return to Ireland, and sooner rather than later, as she had something to show me. At that time (or any other time!) my Mother was not a person to be trifled with, and apart from anything else she was always full of surprises, and, if she had something to show me, I reasoned, it would most probably be at least worth a look! I duly booked my ticket and flew back home for a weekend.

Instead of motoring west on the Galway Road as I might have expected we headed South, and after about an hour or so we arrived at Mt Usher, my Mother paid in for both of us, and after a short stroll we settled on a rug at the edge of the azalea walk, then in full and magnificent early summer bloom. My Mother broke out one of her delicious picnics from an ancient wicker basket, egg and cucumber sandwiches, Bewley’s chocolate éclairs, and Earl Grey tea poured from an ancient thermos flask, cracked, complete with its worn cork stopper resolutely reinforced with grease proof paper – and I still had no clue as to what she was at !! 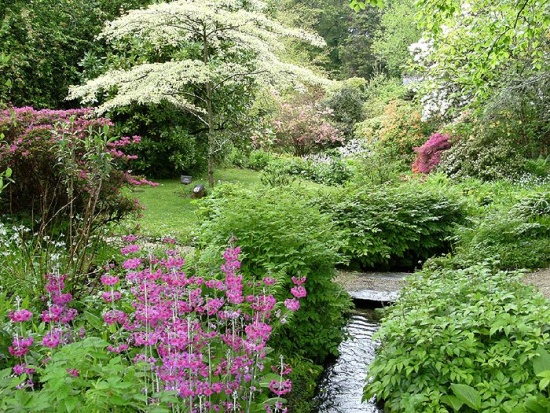 I did point out however that I had seen several signs on my way in stating, quite clearly, “No Picnics Permitted”. “Oh” she said rather vaguely, continuing to pour the tea, “I think just this once, ownership might allow for a slight bending of the rules .. “. It’s not that often that I am rendered speechless, but this was definitely one such occasion, and so began my family’s thirty seven year (and counting) romance with Mt Usher Gardens.

My Mother knew little or nothing about gardening in the conventional sense when she embarked on this adventure, but what she had was passion and determination, (which, as every gardener knows, are essential qualities for the job!) Quite simply she fell in love with the place, and then made it her life’s work to improve, enhance and preserve. Over the ensuing years, best described I suppose, as a visitor to the Gardens, albeit a frequent visitor, and a visitor with certain privileges – (I had use of a bedroom!) I did make it my business to learn a bit about its remarkable history along the way.

The Walpole family, in their heyday, had been Captains of industry and commerce, had made a fortune in the thriving linen industry throughout the 19thC, and then, like many families of that ilk at that time, who had become successful and wealthy, they reinvested much of their wealth into meaningful artefacts of beauty and splendour or works undertaken for the greater common good. In the Walpoles’ case, Edward, the scion of the family in the mid 1880’s, took it upon himself to design and plant the gardens at Mt Usher.

Initially he had stayed at Hunters Hotel, and during his visits there had become friendly with a local miller, Sam Sutton. In due course, seeing the possibilities of this beautiful setting he initially bought the mill and two acres, and then set about his life’s work. Inspired by the ideas and ideals of William Robinson Edward started designing a garden of his own. William Robinson had more or less created the idea of a ‘managed wild garden’, and this sheltered setting in the idyllic River Vartry valley was the perfect place to realise these ideas. Over the next four generations the Walpole’s bought more land, and continued to plant, design, and enhance ‘Edward Senior’s’ original and visionary work. Elegant weirs and bridges were designed by Thomas Walpole, and planting and inspired design continued apace as the property was handed down from generation to generation, until finally, over one hundred years later, the Walpole’s association with Mt Usher finally ended in 1980. 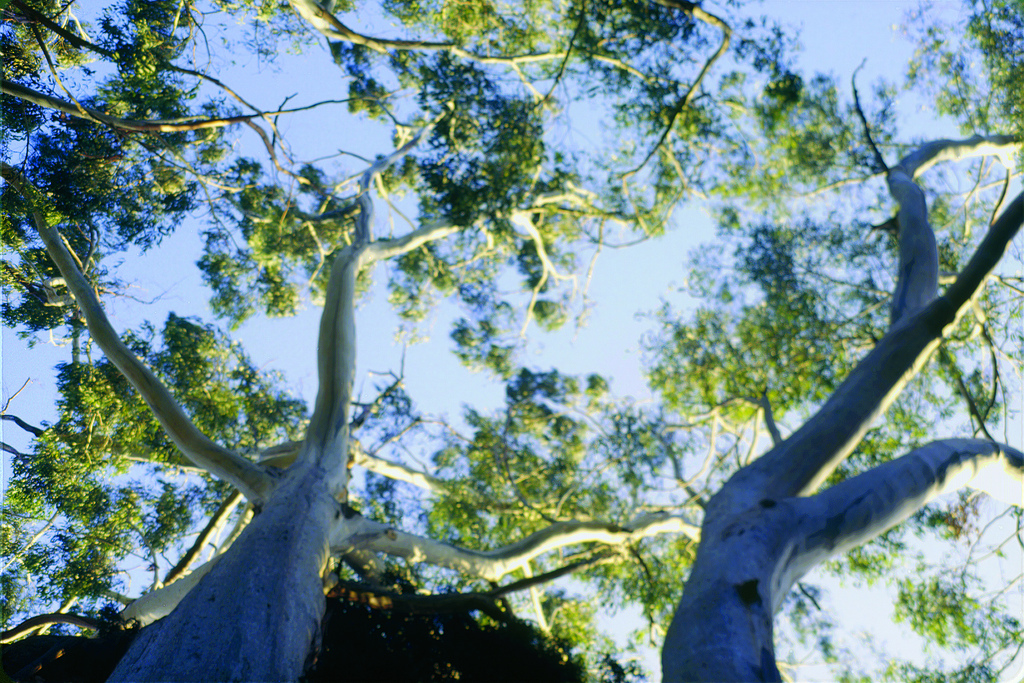 By then the gardens had become one of the greatest Robinsonian wild gardens still in existence anywhere in the world. Amongst it’s truly unique variety of trees and plants, some 5000 in total, it boasted the largest collection of Southern Hemisphere conifers in Ireland (28 Species), and also an extensive collection of Northern conifers, in addition to which Mount Usher also holds three other world ranking Southern Hemisphere tree collections, Nothofagus, of which there are 16 different species, Eucryphia of which there are also sixteen species, and Eucalyptus of which there are 50 different species. There are also extensive collections and varieties of rare Rhododendrons, Azaleas, and Camellias within the gardens, not to mention a large number of champion trees that hold the record in Ireland and England for their outstanding size. Notwithstanding the importance of the gardens as a botanical collection, they also play host to an abundance of wildlife, including otters, herons, kingfishers, hedgehogs, and a great variety of songbirds.

My Mother Madelaine Jay, considerably daunted by what she had taken on, but never quite over faced did her utmost to follow in what often seemed to her to be the footsteps of giants, however, over the years, with the invaluable help of a series of enthusiastic and enormously talented Head Gardeners, most notably John Anderson, Maria Vlahos, and latterly Sean Heffernan, she oversaw the continued evolution of these remarkable gardens. Madelaine eventually retired in 2007 just shy of her eighty fifth birthday, and perhaps her greatest contribution to the future of the gardens lay in her insistence that throughout her stewardship they be managed entirely along organic principles, without any chemical intervention whatsoever.

Following my Mother’s retirement, our family entered into an arrangement with Avoca Handweavers, and it has given me enormous pleasure and satisfaction over the last ten years to see not only the enormous improvements they have made to the place overall, but also the spirit in which they have undertaken the management and continued evolution of these wonderful gardens.

While the Café, the bakery, and the shops offer the same exceptional quality and choice that has quite justifiably made the Avoca brand world famous, the gardens continue to be managed in the spirit in which they were originally conceived and lovingly managed over the last one hundred and twenty years.

We welcome you to share the enormous pleasure these gardens have given us over the decades, and hope you enjoy your visit, and come back again soon!